Venue of the week: Le Papagayo

One of my first jobs was waiting tables at a restaurant in Rancho Bernardo. My boss always treated her employees well - awesome family meals, an end-of-shift drink, and she always stood up for us when we had to deal with a rude customer. She always used to say "I treat my employees the way I want my customers treated." It's true. One could say the same about music venues. Coffee shops, family owned Italian restaurants, beach side bars - Establishments who support their local musicians, are not only good for their own customers, but for the cultural identity of the entire city.

As we've grown to know a number of venues around our own town of San Diego, we've decided to turn our attention to the ones making a conscious effort to promote local music.  We'd like to start this series with a very special venue in Encinitas, California called Le Papagayo. It is one of a few establishments in the entire county that hosts live music 7 days a week, and they seem to be doing everything right.

They love live music as much as their customers do. It's not just some artist sitting in the corner, trying to keep the volume down to not upset the guests. It's not just some promotion they have on Wednesday nights, hoping the musician will bring a bunch of friends that will spend money at the bar. No, this is a kick-ass restaurant, with a great menu, and puts a full band right smack in the middle of the main dining room. And guess what, it's busy every night. Go figure! If you happen to stop for breakfast or lunch, you might miss the band, but you'll still get a taste of their passion for music - there are musician portraits covering the walls, and the entire serving staff is wearing shirts that say "Live Music Daily".

On Monday I stopped by for a night cap, and Back to the Garden was playing. It took 30 minutes to find a seat, and it was well worth the wait. These guys were amazing. One hit after another and the entire place was singing along. They weren't playing the predictable hits like most cover bands, they were playing the favorites that you end up liking more after a few months of listening to a record. They were supposed to cut off at 10:00pm, which is technically the neighborhood curfew, but since the entire neighborhood was at the bar, the band played on!!

If you're in Leucadia, and you like great food and local music, go to Le Papagayo. They're doing something magical over there. Chances are you'll see me in the corner, I'll be the guy wearing the GigTown hat.

Check out their upcoming schedule and listen to the local artists on the GigTown app. Oh, and don't forget to "Check In" at the show and tip the band with GigTown's money! 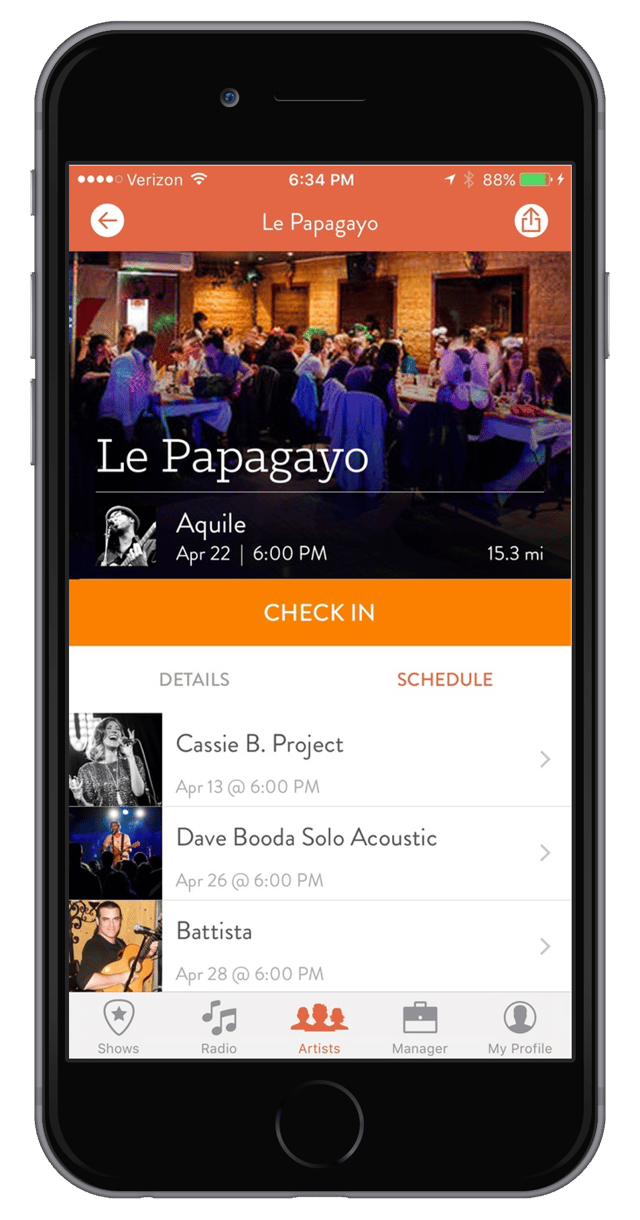